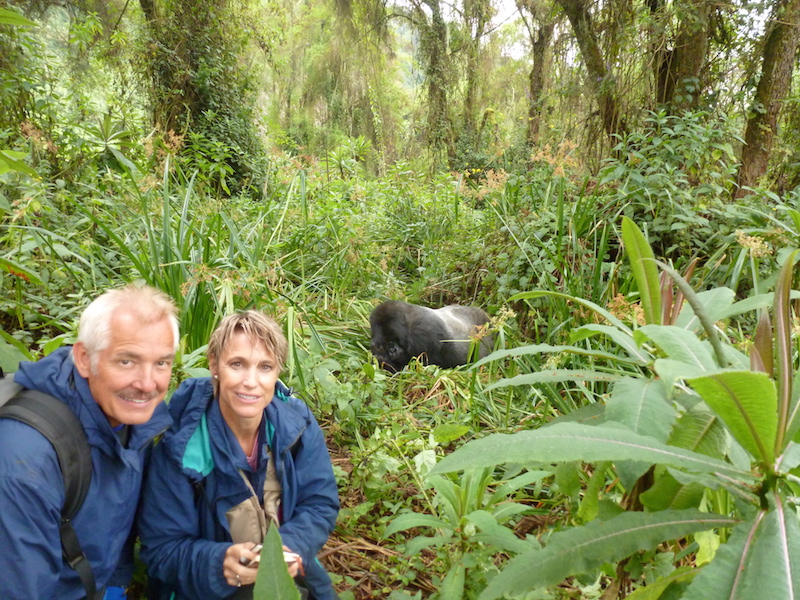 H. Dieter Steklis, Ph.D., is a Professor in the School of Animal and Comparative Biomedical Sciences at the University of Arizona, with an affiliated faculty appointment in Psychology, Program in Ethology and Evolutionary Psychology. Dr. Steklis’ present research—much of it done in collaboration with his wife and University of Arizona faculty colleague Netzin Steklis, Ph.D.—concerns female mountain gorilla life history, the evolutionary psychology of human-animal relationships, evaluating the effectiveness of therapy dog visits for improving human health and wellness, and charting the evolution and adaptive function of emotional awareness in humans and other animals. Dieter and Netzin Steklis co-direct the Human-Animal Interaction Research Initiative (HAIRI), and co-lead a summer Primate Studies Field School (administered by the U of A Office of Study Abroad) in Rwanda, Africa.

Dieter Steklis earned his Ph.D. in Anthropology in 1974 from the University of California, Berkeley. That year, he joined Rutgers University as an Assistant Professor, retiring in 2004 as Professor Emeritus of Primatology. From 2005-2016, he taught at the University of Arizona South, primarily in Psychology, and served in several administrative leadership positions (Associate Dean, Division Chair) before moving to his present faculty position in the School of Animal and Comparative Biomedical Sciences.

In addition to his academic career, Steklis has held several leadership positions in the private not-for-profit sector, including serving in science and conservation leadership positions with the Dian Fossey Gorilla Fund International (link is external). His relationship with the Fossey Fund began in 1991, when he was appointed director of the Karisoke Research Center in Rwanda (1991-1993). Subsequently, he served as the fund’s Executive Director (1993-1995), and as Chief Scientist and Vice-President (1995-2005). His many years of collaborative research with his wife on mountain gorilla behavior and conservation has been featured in scholarly journals and books, national and international magazines, radio programs, and numerous television broadcasts (including National Geographic). In recognition of their collaborative conservation work, in 2002, he and his wife received the Explorers Club “Champions of Wildlife Award”.

Contact information: This email address is being protected from spambots. You need JavaScript enabled to view it.