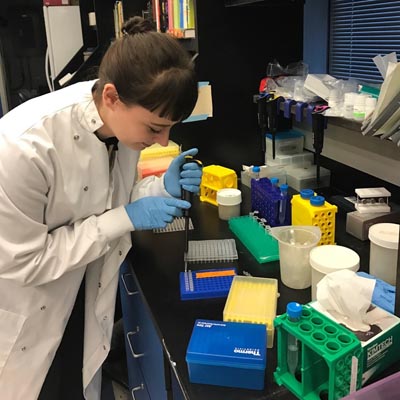 Adaptations for insectivory in digestive enzymes of New World primates

The objective of this research is to identify functional genetic variation relating to chitinolytic and proteolytic digestive enzymes as adaptations for insectivory in New World monkeys (platyrrhines). Chitin is the main component of the cell walls of fungi and insect exoskeletons, both food resources for primates (Raubenheimer & Rothman, 2013; Hanson et al., 2006; Hilário & Ferrari, 2011). Whether human and non-human primates have the ability to digest chitin has not been conclusively answered, a knowledge gap this study aims to fill.

The improved understanding of digestive enzymes and relevant genetic variation found in New World monkeys that will be accomplished by this study will allow comparisons with other primate groups, such as Old World monkeys, apes, and humans. Furthermore, it will give us insight into the evolution of dietary ecologies and dietary adaptations of primates past and present, as well as a better grasp of the digestive capabilities of different species. Knowing the digestive abilities and limits of species has important implications for the conservation of all mammals, including primates. For example, the management of captive individuals can be improved by tailoring feeding decisions to the digestive abilities of each species. In the wild, decisions about the conservation/reconstruction of habitats and food resources (including insect species) can be informed by the dietary needs of local primate species. 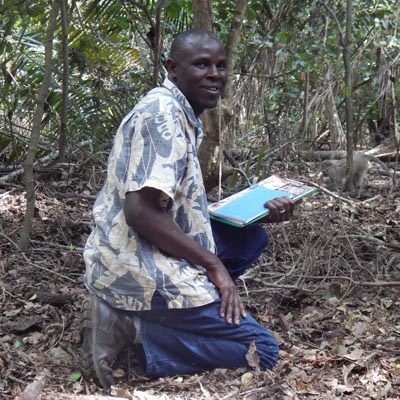 Nutritional and mechanical properties of plant foods with implications for juvenile foraging efficiency and conservation of Tana River mangabeys, Kenya

The ongoing debate about the competency of juvenile foraging (and hence survival) partly concerns the nature of juvenile-adult differences in feeding and whether differences are due to experience, body size, or both (Janson & van Schaik, 1993; Lonsford & Ross, 2012). Moreover, studies have yielded contradictory results about the timing of juvenile competence in feeding: in some species it appears to arise late in development, close to the time of maturity, while in other species it occurs long before maturity (Pereira & Fairbank, 2002; Gunst et al., 2010). Analysis that integrates field data on both the mechanical and nutritional characteristics of food items and how juveniles achieve foraging efficiency has yet to be attempted to resolve these theoretical debates. In this study, juvenile Tana River mangabeys (TRM) will be considerd to to address the following questions. Compared to adult females, how do juveniles differ in: (1) diet, particularly in food choice? (2) the influence of mechanical and nutritional properties on foraging decisions?; (3) behavioral strategies employed to overcome the nutritional and mechanical constraints? and, (4) use the data to foster long-term conservation of the Tana River primate community.

Data from this study also have broader implications for conservation. Food properties are known to influence primate habitat quality, population abundance, and persistence (Hanya & Chapman, 2013). And juvenile survival and recruitment into reproductive age class is a major focus in conservation of endangered species facing risk of extinction (Fryxell et al, 2014).